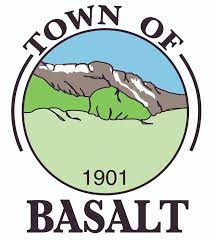 On Tuesday, Aug. 23, Basalt Town Council reached decisions regarding several ordinances and resolutions, most notably the non-unanimous decision to approve the development of a three-story apartment complex and space for a grocery store at 140 Basalt Center Circle, previously home to Clark’s Market and Habitat ReStore. The regular municipal meeting attracted robust attendance from Valley citizens.

The first ordinance discussed was the amendment of a Planned Unit Development in Willits Town Center to allow for the sale of marijuana in the same building housing the Willits General Store. The original PUD document predated the legalization of marijuana in Colorado, and as all criteria were met by the business for development and approval by the town council was unanimous, residents can expect to see arrival of Lova Cannabis Co. sometime in the near future. No conflict appeared around this resolution.

The second ordinance of the evening regarded the disputed development in Basalt Center for an apartment complex and new space for a grocery store where the former Clark’s Market has long stood defunct. The plan entered its final review stage, with major changes from the previous installment of the plan being a reduction of 67 apartments to 65, and the possibility of working with the town to adjust sewer lines so as not to flow directly beneath Lions Park.

Furthermore, Z-Group Architects — the firm leading the design of the complex — showed digital renditions of the final form of the complex, which will feature wood siding, rusted metal accents and sloped grooves in a modern-rustic style similar to those around Willits.

Additionally, 25% of the housing will be rent-capped, with stated priority given to employees of the possible grocery store, first responders and community educators. The process has undergone eight public hearings, as public satisfaction with the proposed development has been far from unanimous.

Eighteen residents spoke during the call for public comment, both in-person and on Zoom. Sentiments ranged from strong disapproval to optimism, with many citizens from both the opposition and neutral position asking for a pause to further consider the ramifications of development in the area, as well as a more thorough traffic study.

Many citizens opposing the development have been regularly attending public hearings on the subject, and cite their major concerns as being the permanent loss of Basalt’s essential small-town character, as well as the worsening of present traffic and parking issues around Town Center, with some feeling the deviations made from the master plan represent a bait and switch. Those in support cited the critical need for affordable housing in the area, and argued that the complex would make good use of an otherwise blighted property by creating vitality in the area, even if it is not a perfect solution.

Some confusion and frustration arose around the traffic study, which concluded that construction of the complex could potentially improve traffic patterns in the area. However, the study was done with the theoretical basis that Basalt Center was currently under full use as a commercial area. In practice, this is not the case, as the Clark’s and Habitat buildings are currently empty, and thus it was called into question whether or not the development would practically reduce traffic. Additionally, the developer stated that there is not presently a grocer willing to occupy the retail space, which many council members argued is integral to the master plan. Discussion carried on for an hour and a half, and with dissenting votes from councilors Ryan Slack and Angela Anderson, the motion carried, at which point nearly all the citizens attending the municipal meeting left the room. It is yet unclear when Basalt citizens can expect development to begin.

A resolution regarding parking in Midland Ave’s right-of-way lane was pushed to the next meeting. All other ordinances and resolutions passed very quickly. The town park adjacent to The Steadman Clinic in Willits was approved to be named Patti’s Park, in commemoration of late Basalt community member Patti Beiser, with agreement to establish a set process for naming parks in the future.

A memorandum of understanding between Basalt and the Roaring Fork School District was approved for the development of a solar energy project on district property. Lastly, a handbook for the guiding principles of town council members was unanimously adopted. Mayor Kane closed the meeting with an acknowledgment of the difficulty of the decision regarding Basalt Center, noting that the discussion which occurred represented what small-town legislation should always be.

Though the fate of Basalt Center has been largely decided, citizens can attend the next meeting on Sept. 9 in-person or digitally via the Basalt town website at basalt.net to lend their voice to future Basalt legislation.