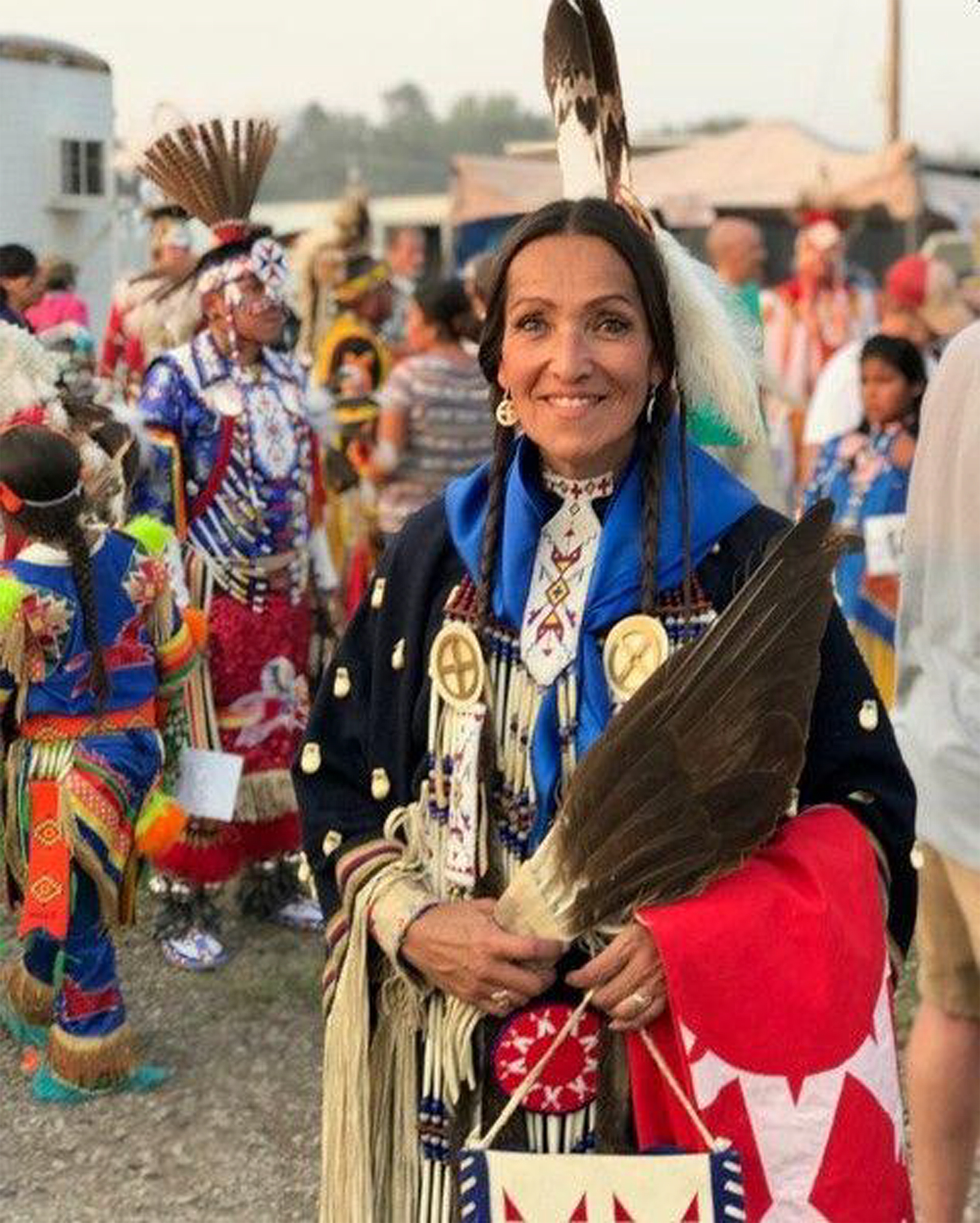 C.J. Brafford, Director of the Ute Indian Museum in Montrose, will present the program at the annual meeting of the Redstone Historical Society on June 26 in Redstone.

The meeting is set for 2:00 p.m. and will be held in the large white tent behind the Redstone Inn. The event is free to members and all interested individuals are invited. There will be a cash bar and other refreshments.

C. J. Brafford, Director of the Ute Indian Museum, was born on the Pine Ridge Indian Reservation in South Dakota and is an enrolled member of the Oglala Lakota Nation. Prior to joining the Montrose museum 25 years ago she worked for the National Park Service.

Her educational background includes the Institute of American Indian Arts, Northern Arizona University and Arizona State University, earning degrees in Cultural Anthropology and Museum Studies. She is the author of the book Dancing Colors which explores the lives of Native American women. In 2004 she took part in the opening of the National Museum of Americans in Washington, D.C. and in 1983 was named Miss Congeniality in the Miss Indian America Pageant.

She has served on the board of many organizations and in her current position shares cultural awareness and offers a better understanding of the diversity of the living worlds of the Utes yesterday and today and the non-Indian world.

The Ute Indian Museum is a Community Museum of History Colorado. Its brochure states: “Nestled in the middle of Ute homeland the …Museum…is History Colorado’s only museum in western Colorado. The …Museum…celebrates the history and living culture of Colorado’s longest continuous residents and features one of the most extensive collections of Ute ethnographic objets in existence. The grounds include Chief Ouray memorial park, Chipeta’s grave where she was buried after her death on Utah reservation lands in 1924, and a native plant garden.” New Exhibits are included along with unique gifts.

The village of Redstone has been named to the list of National Historic places in Colorado with the Redstone Castle, Redstone Boulevard, the Redstone Inn and the nearby restored coke ovens receiving special notice.

Redstone was founded by coal magnate J. C. Osgood who built the Redstone Castle in the early 1900s. Much more can be learned about Redstone and the area on the Society’s website, historyredstone.org.

A printable membership form is available on the Society’s website.