Learn to use — and recognize — the Signal for Help 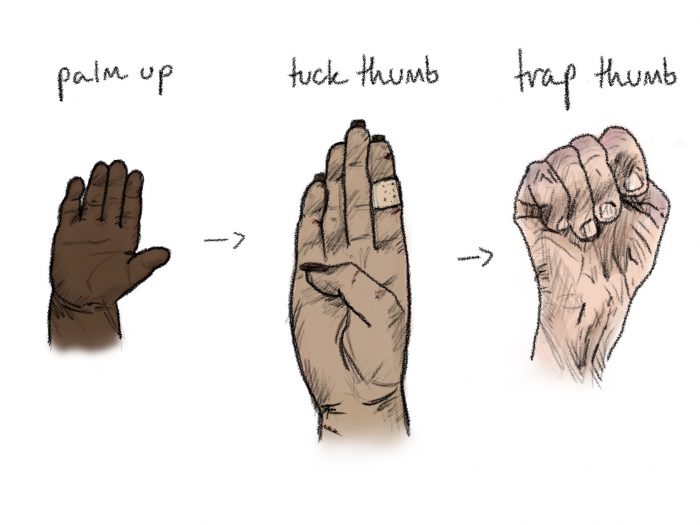 The universal Signal for Help, a hand gesture that was created by the Canadian Women’s Foundation (CWF), has been gaining traction across several social media platforms.

CWF is a nonprofit that focuses on aiding women, girls and gender-diverse people to escape situations of poverty and violence within the home.

The hand gesture was created in April 2020 for persons trapped at home and at risk of being abused. The signal can be used discretely to call for help and has since been adopted by partners and similar organizations globally.

It began in response to a sharp increase in reports of domestic violence in 2020, with lockdowns trapping persons inside with their abusers. According to the UN Women, a United Nations organization advocating for gender equality, domestic violence increased by 20% within the first few months of the pandemic, something that the report refers to as a “shadow pandemic.”

As reported by Business Insider, posts about this hand gesture started to gain traction in June 2020 on TikTok, a social media platform where users share short video clips grouped by interests. The signal can be performed via video messaging or during in-person interactions.

The instructions are simple, a person who needs help raises their palm facing forward. They then tuck their thumb and “trap it” with their remaining fingers. It is believed to be subtle enough to not tip off the abuser.

The signal has helped people online and also in-person. The Washington Post reported in early November that a teenage girl in Kentucky was rescued from a 61-year-old man after using the signal, not on TikTok but in her abductor’s vehicle to communicate with passing cars.

In conversation with Advocate Safehouse Project (ASP), a local nonprofit that promotes healthy relationships free from violence, The Sopris Sun was informed that every safety measure has its pros and cons.

According to an ASP advocate who requested to remain anonymous due to the nature of their work, “The pro I see is that there is more and more conversation around intimate-partner violence and healthy relationships. We have a 24-hour helpline and our services are free and confidential. Having access to emotional support as folks navigate leaving unhealthy relationships is a key to success.”

However, the continued, “A con is that the hand signal is not universal, so not everyone has the training to see the signal as a sign of violence.”

Furthermore, “These movements gain popularity via social media, which also means a wider net of people having access to the information, and that may lead to abusers knowing the sign as well.”

Said otherwise, once those who perpetrate abuse catch wind of the signal’s meaning, it may no longer be safe to use.

“Again, there are pros and cons to the signal gaining traction, the most dangerous being that perpetrators will know it. I would feel most comfortable signaling violence to school counselors, police and hospitals or doctors — they separate folks to ask directly if someone is safe,” explained our source at ASP. “They typically have access to information — brochures, cards, and helpline numbers — for domestic violence organizations.”

According to the UN Women, one in three women worldwide experience sexual or physical violence in their lifetime, and this violence is often perpetrated by an intimate partner.

The National Coalition Against Domestic Violence reveals that, on average, nearly 20 people per minute are physically abused by an intimate partner in The United States alone. According to the same source, one in 15 children will be exposed to intimate partner violence within their homes in their lifetime.

If you or someone you know is facing violence and abuse in the home, know you can always reach out to the following sources…