I met with writer, musician, producer, director Dave Taylor, a man of many titles, at the Village Smithy Restaurant, just a stone’s throw from his place of work, Cool Brick Studios. The historic downtown house is solidly built with muted-pink bricks giving it that “cool” aesthetic which is now repeated with the building’s recent expansion.

“I always had the idea of expanding it without touching the original house,” said Taylor, who has made the house his home since 2011. While recognizing the need for expanded living space to better isolate the professional studio, which remains the ground floor of the historic structure, Taylor felt it imperative to stay true to the character of the old house. He also did the work to help assure that anyone else in the future won’t mess with the original house.

It took time to find a closely matching brick. “We couldn’t find enough of the exact vintage brick,” said Taylor. He had help from local architect Dustin Anderson of Peak Architecture in Basalt and builder Bill Hilderbrand of Trendsetters Custom Homes to make the vision a reality.

According to documents acquired by Anderson, the property was originally owned by a gold miner named Samuel Pascoe and transferred to former mayor Ward Tucker by 1901. Ward in turn sold it to William Dinkel in 1905 and Dinkel sold it again in 1907.

“One of the coolest things,” said Taylor, leaning forward, “is a discovery made by Bill [Hilderbrand] while excavating.” Two potentially prehistoric tools, possibly clubs, were unburied. Each club has a handle of solid wood, a rock grooved to match it and a strong vine tying the two together. Taylor is now looking to have the objects’ origins confirmed. “If it’s determined these are Ute, I want to return them to the Utes,” said Taylor. If not, “maybe the historical society will want to keep them.” 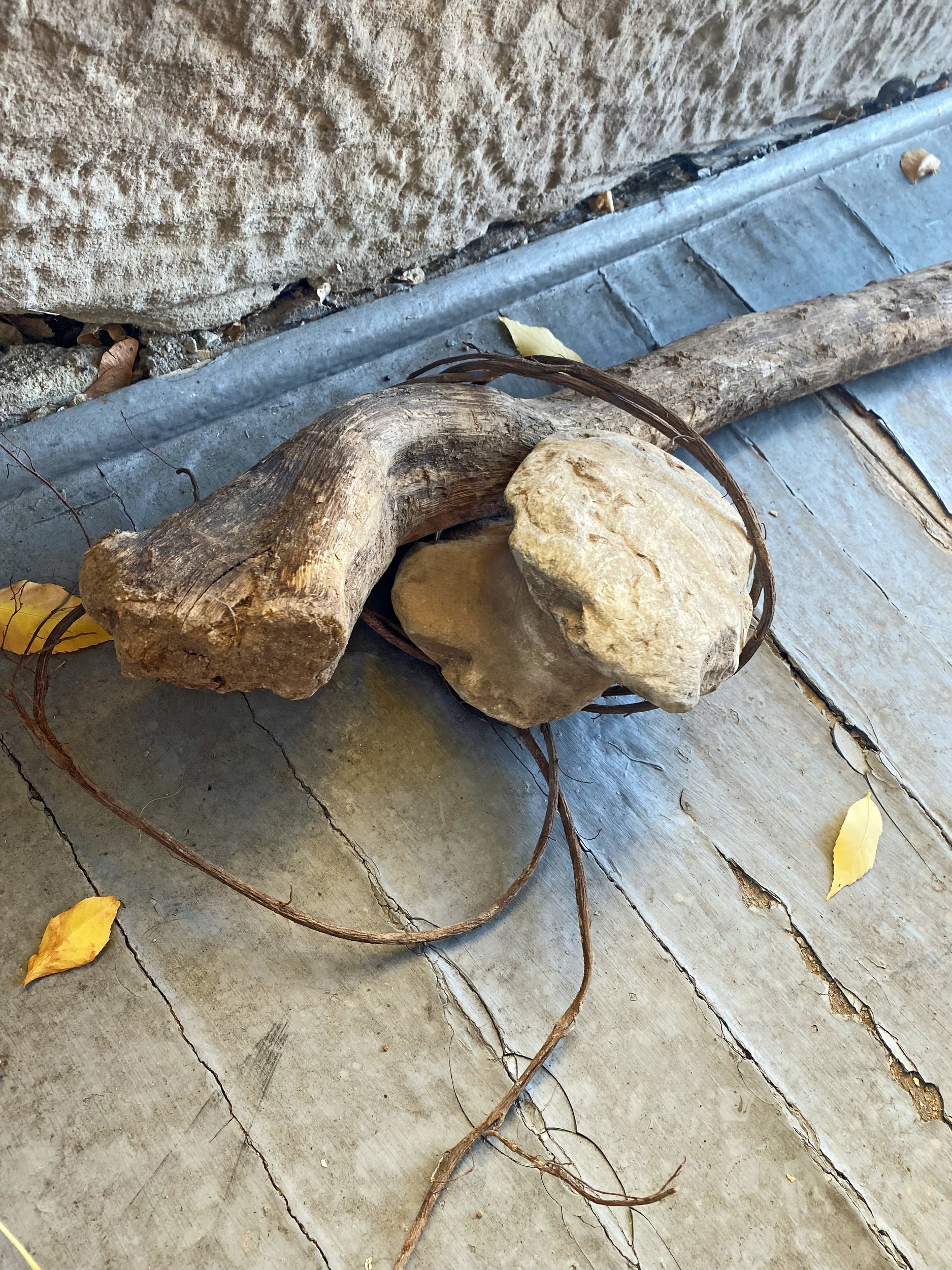 This object of unknown origin was one of two uncovered during the renovation at Cool Brick Studios in Carbondale. Courtesy photo

Taylor assures that no bones were discovered and the only other artifacts were some old bottles.

Next, “a Nashville guy will come to acoustically treat the studio,” said Taylor, and “a big open house” is planned for possibly late spring.

From within those brick walls, wholesome media is emerging. Not only albums produced for local and visiting artists, but also major film projects. Two of Taylor’s new films are now in the festival circuit winning awards.

The second film, “unTHINKable,” is a short, narrative film that is based on a novella written by Taylor. The period piece is set during the Civil War, west of the Mississippi River, and explores dynamics of race, gender and culture by playing against stereotypes. Taylor calls the film “edgy” and admits, “I like to get people out of their comfort zone.”

Taylor says it’s a small part in a larger story and hopes to someday make it into a feature or a series. Already, it’s winning awards at different festivals, including the Independent Shorts Awards. Taylor is proud to say that almost the entire crew is associated somehow with Carbondale. This includes actress Sophie Sakson, who studied theater at Colorado Mountain College; OhitikahWin Beautiful Bald Eagle, who met Taylor through the Aspen Indigenous Foundation; local cinematographer Jeremiah Hutchens; project manager Shelly Bednar Yielding; Kent Clairidge on audio; and Karina Garcia, daughter of the family that opened Garcia’s Market, as assistant camera and location manager.

Because both films are in the festival circuit, they can only be screened as part of a fundraiser for a public viewing. Taylor says that he’d like to have both films shown at the Crystal Theatre in 2022 with proceeds benefiting a local nonprofit.

Other projects in the works include a documentary about Aspen-artist Leah Potts and another about an “old school,” Grand Junction-based cowboy and western singer. Taylor is also sitting on material for a feature about the Woody Creek Tavern.

With three decades of living in the Roaring Fork Valley, Taylor is all about community. Not only does he generously support other local media institutions like KDNK and The Sopris Sun, his studio frequently opens to musicians going through a recovery program at the Jaywalker Lodge. “Music is such a huge part of recovery,” Taylor attests. “There’s no higher power than music.”

Day-to-day, Cool Brick Studios alights downtown with a respectful nod to history and thoughtful articulations to keep us looking ahead.