Tim Hagman, beloved architect and outdoor enthusiast/adventurer, passed away on his 78th birthday, Oct. 3, 2021, surrounded by his sons and his brother.

Tim was involved in designing some of Aspen’s most iconic public buildings and private residences. As one of Aspen’s most renowned and highly-respected architects, Tim’s 50-plus years of architectural masterpieces stand as monuments to an ever-inspired and creative life.

Tim grew up roaming around his grandparents’ orchards in the Yakima Valley with his two siblings. He had an older sister who died of breast cancer in 1985 (he would posthumously remind all female friends to listen to their doctors and do what they say). He also had a brother, John Hagman, just a year older. The two grew up as twins and remained close throughout their lives. They always shared a bedroom, which they each always entered cautiously, lest either suffer traps of falling debris carefully installed by the other. Their sister forever believed that having two younger brothers was divine punishment for some enormous sins of a past life.

After time spent in California, the family eventually settled back in the state of Washington and lived in Seattle, where Tim attended school for most of his childhood, eventually enrolling at the University of Washington. He was an excellent athlete and an honors student, though sometimes selective in applying his learning — Tim once tried to convince his mother that he needed to stay out late playing poker to test his knowledge of probability. At the University of Washington he entered the School of Architecture, where he distinguished himself. His interests and achievements in green architecture were timely.

In the late sixties, Tim came to Aspen for a ski trip and never left, making his home where he could pair his architecture work with athletic adventures among the mountains and rivers of the Roaring Fork Valley. Tim soon began working for legendary architect Fritz Benedict, and subsequently partnered and formed various firms alongside other talented architects, including Jim Copland, David Finholm and Larry Yaw, and eventually opened his own firm in the early ‘90s as principal of Hagman Architects.

Tim consistently (and very modestly) pushed the boundaries of local architecture. As designs were developed, longtime friendships with adventurous clients ensued. Clients-turned-friends recall Tim arriving for an initial interview on his road-bike, which seems to have been the catalyst for their signing on with him as their architect for their river-front home. Tim designed with creativity and passion for his craft, respecting and honoring both his clients and the environment surrounding any project he was working on. His work and contributions to the local community will be honored, remembered and appreciated for generations to come.

Alongside his architectural passions and contributions, Tim enjoyed pushing the boundaries on all of his athletic endeavors, especially on his skis, bike, and kayak. He was a pioneer of riding the White Rim trail in 24 hours, and earned the nickname “Hagamo” by his adventure buddies.

He instilled a love of travel, a practice of pushing the boundaries during outdoor adventures, and an appreciation for art in his two sons.

In addition to his two sons, Jonathan and Alex, and his brother, John, Tim is survived and mourned by his sister-in-law, Ritsko Wallace (John’s wife), Tim’s ex-wife of nearly 40 years, Kay Knickerbocker, and her husband, Larry Gottlieb (with whom Tim maintained a beautiful relationship), his daughter in law, Jess Hagman, his grandson, Sawyer Hagman, who was the “Little Bopper” to Tim’s “Big Bopper” (his chosen grandpa name) and Jonathan’s dogs Tappan and Bruma, who loved Tim dearly.

A celebration of Tim’s life will be held on Saturday, Nov. 6 starting at 3 p.m., at the River Valley Ranch Barn, 333 River Valley Ranch Road in Carbondale. RSVPs are requested due to limited space capacity. To RSVP, please email: TimHagmanMemorial@gmail.com.

In lieu of flowers, the family requests donations be made to one of Tim’s cherished organizations, the Aspen Center for Environmental Studies: https://aspennature.org/donate-aces-today 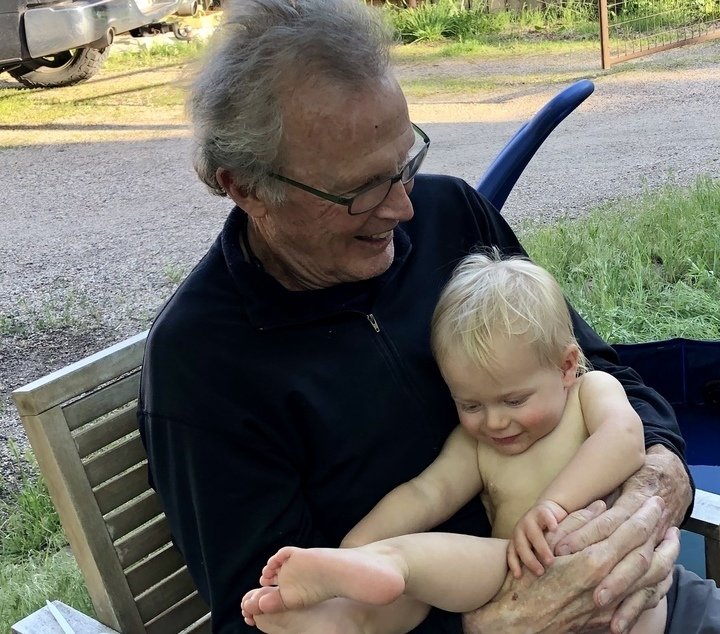