Photos and text by Jane Bachrach.

Mount Sopris loomed in the background as over 115 pickleball players took to the new Young-Calaway Pickleball courts in Carbondale last weekend to compete in The Great Sopris Showdown.

The tournament kicked off on Saturday morning with players of all ages competing in both men’s and women’s doubles. Suddenly, Mount Sopris disappeared as an unexpected rainstorm blew in and delayed play. Although the elements attempted to interfere, nothing could dampen the spirits of the players, sponsors and organizers who picked up brooms, towels and squeegees to help nature dry out the courts. Mission was accomplished and play resumed as Mount Sopris once again emerged in all her splendor. 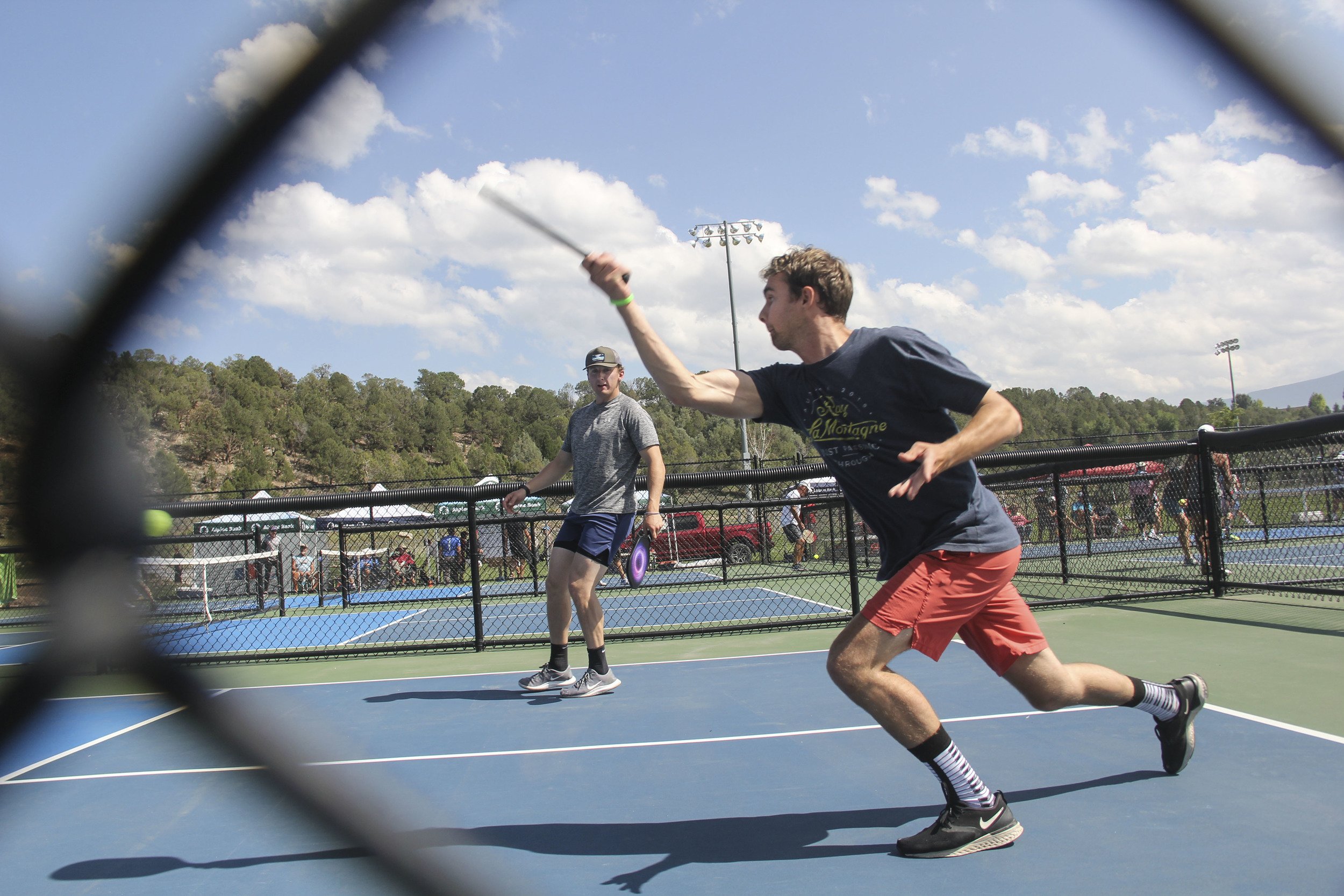 The tournament continued on Sunday with mixed doubles and some wind which influenced the angle of the ball and made the games more interesting. 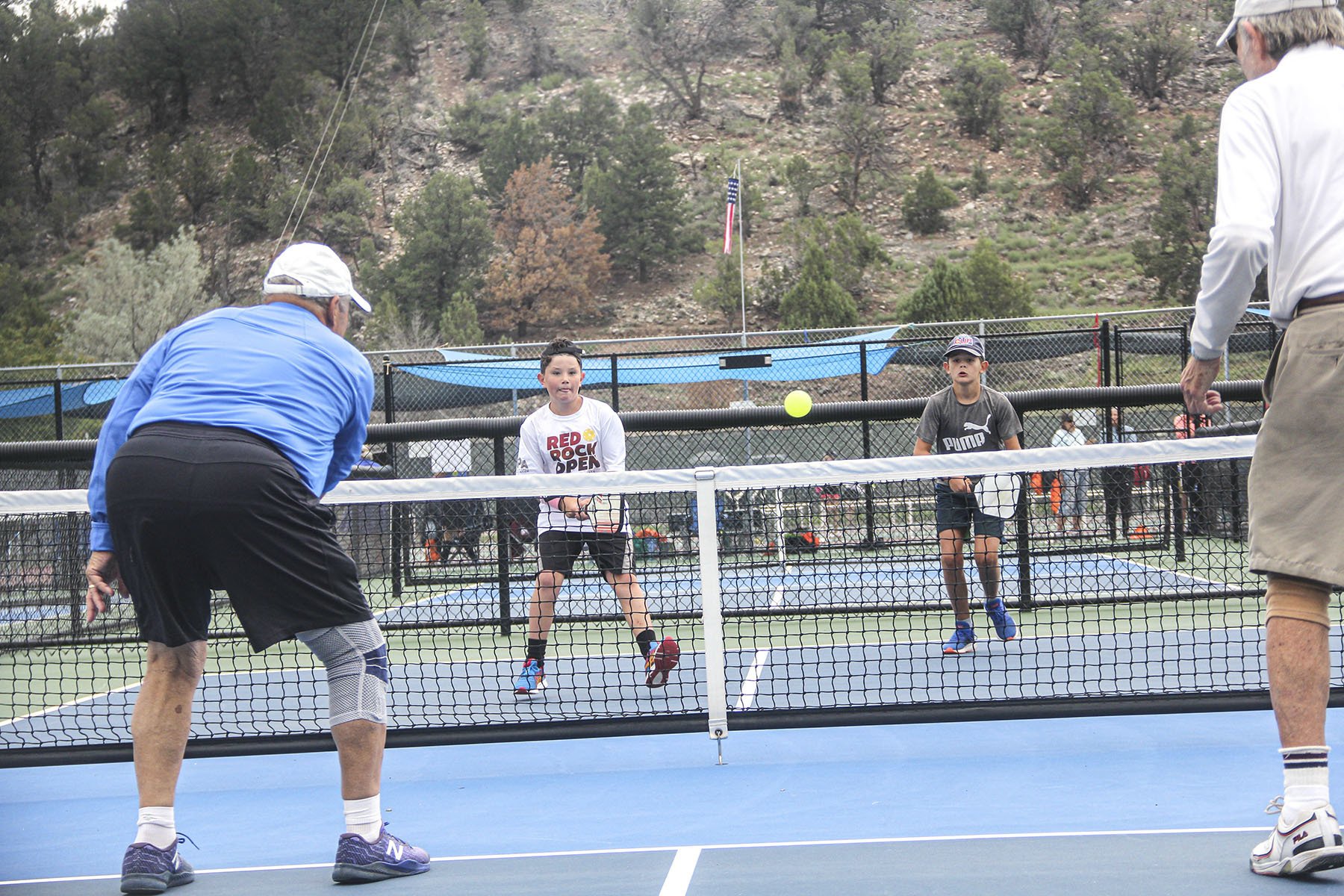