Everyone gets a say on Ascendigo Ranch 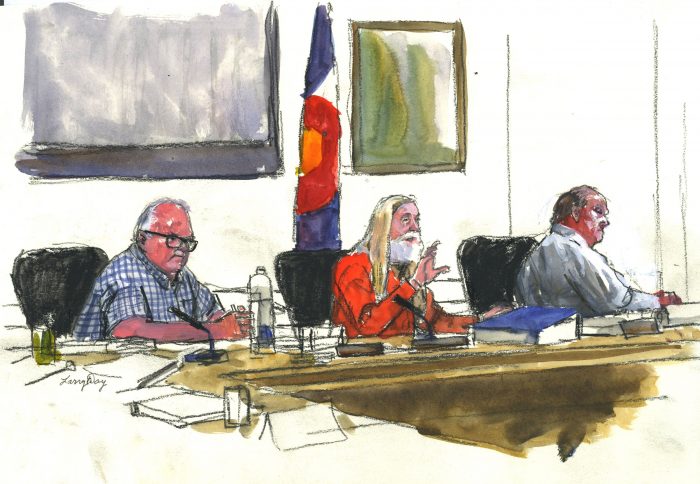 The three commissioners were commended several times for their patience and willingness to let everyone who wished to speak to do so at length. Sketch by Larry Day.

This week’s Garfield Board of County Commissioners (BOCC) meeting lasted three days – a bit above average. Ascendigo Autism Services persists toward its goal to build the Ascendigo Ranch on Missouri Heights northeast of Carbondale.

Keep Missouri Heights Rural (KMHR), an interest group created in opposition to constructing the ranch in the proposed location, has not made the process easy on the applicant. Supporters of KMHR and Ascendigo showed up in droves to give public comments which were not reached on the agenda until Tuesday, June 22, the second day of the hearing.

Once through other items on the Monday June 21 agenda, the panel turned its attention to Glenn Hartman, Senior Planner with Garfield County Planning Division. Hartman summarized his department’s review of Ascendigo’s application for a Limited Impact Land Use Change Permit and ultimately the division’s approval of the proposal.

“Staff is comfortable with the determination that it meets the educational facility definition,” said Hartman, “We understand that there’s some nuances in that definition and we received extensive public comment on it.”

Vacating the current subdivision plat is the second element of the application. “The key pieces here are that the individual asking for the vacation of the plat is the owner of the property or has authorization or consent from all of the owners,” Hartman explains. Ascendigo Property Holdings has acquired the property in this case.

Public comment took up the majority of the time. On June 22, public comment commenced first thing in the morning and took 8.5 hours before the commission convened for the day. That was only the in-person commentators. As of press time, Wednesday morning, the commissioners are still hearing public comment from folks appearing over Zoom.

Davis Farrar with Western Slope Consulting presented on behalf of KMHR. “I’d like to start off by saying, you’ve heard some very good testimony about Ascendigo’s mission and the work that they do,” he led, “and I don’t think there is anybody that I’ve encountered in our organization that has any question that they do good things. Our focus is on the land use issue, the limited impact review that’s before you today, and I hope that those two issues can be separated.”

Farrer listed the following reasons to deny the application: 1) the proposal does not classify as an education facility, 2) non-conformance with Comprehensive Plan, 3) incompatibility with surrounding uses, 4) poor access, 5) wildfire, 6) water, 7) traffic, 8) land use precedent and 9) community concerns and public opposition. “We think there are sufficient grounds for the commissioners not to favorably act on the application,” he surmised.

KMHR is concerned that water supply for nearby homes will be jeopardized and that the proposed ranch will use more than its fair share. They point out that the current zoning allows for up to 15 private homes and suggest that Ascendigo’s use would outweigh that alternative.

In contrast, Michael Erion with LRE Water, and consultant to the county in this case, said, “My summary is that this property does have a legal and physical water supply and I don’t believe that it impacts the ground water resource anymore than any other property up there.” He continued, “this is a property that is pumping a relatively small amount of water… it’s importing significantly more water into the area and into the regional aquifer through irrigation water that seeps down into and recharges the aquifers.”

On the evening of June 22, Ascendigo’s Chief Operating Officer Dan Richardson told The Sopris Sun, “I’d say that we are very pleased with staff’s recommendation for approval, not to mention support by the Post Independent’s Editorial Board from several months ago, many nearby neighbors and continued support from our partners in education.” Furthermore, he stated, “the fact that public comments didn’t reveal any new issues is also reassuring.”

“The need for Ascendigo Ranch just keeps growing, and so does our will to make it happen,” said Richardson. “I am very confident that neighbors will be pleasantly surprised at what great neighbors we will be.” 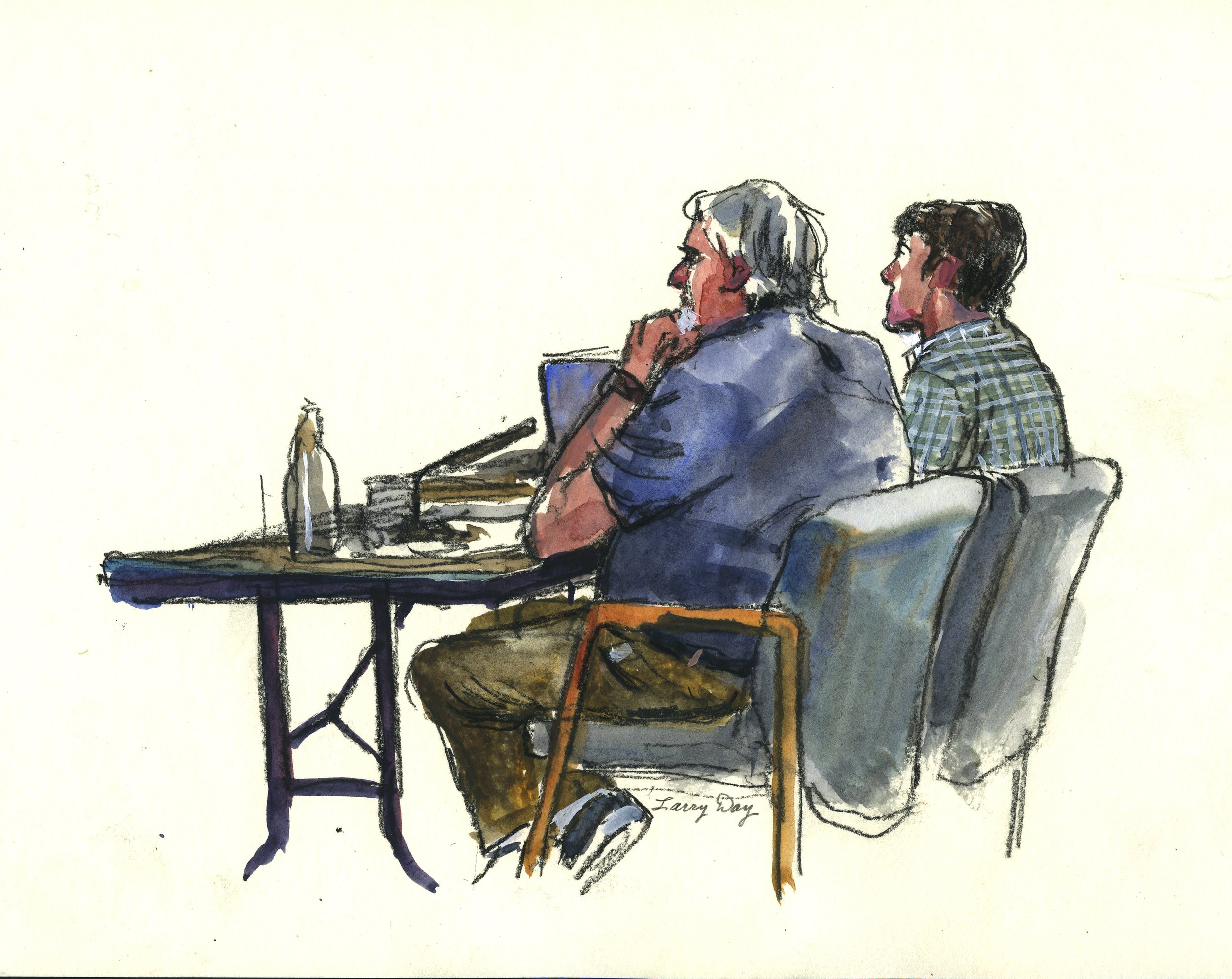