By Burk Golden
Special to The Sopris Sun

If there is anything that unifies people more in this valley than their love of snow sports, wilderness, or natural beauty, it would have to be dogs. Dogs are an integral part of many family units in the Valley, going on hikes, shopping, even to work with their owners.

And while most families in the Valley were celebrating Thanksgiving at home, one small, furry friend spent his alone in the outdoors. Jack, the Scottish Terrier and Australian Cattle Dog mix, after being separated from his owner on a hike, was out in the Red Hill area without food or water for 19 days.

John Rogger lost sight of his dog on the morning of Nov. 8 after falling near the Mushroom Rock trailhead. Upon spending nearly an hour trying to get back to the location where they had separated, he realized that Jack was truly missing. Erika Klyver, a friend of Rogger, has been up there and claims that the area is “steep, hard to navigate, and I see how it could be easy to lose your dog up there.”

Rogger and friends later returned with Klyvers’ dog to aid in their tracking efforts, John put in 10-15 miles on foot each day searching for Jack. Rogger eventually would bruise his heels from the hours he spent looking for Jack. Rogger stated that he had a few false leads,”through online services that show lost dogs” and since Jack was microchipped in Denver, speculated that if he was found he may have been sent to Denver instead of a local shelter. Rogger started to fear that his search would span the entire state. 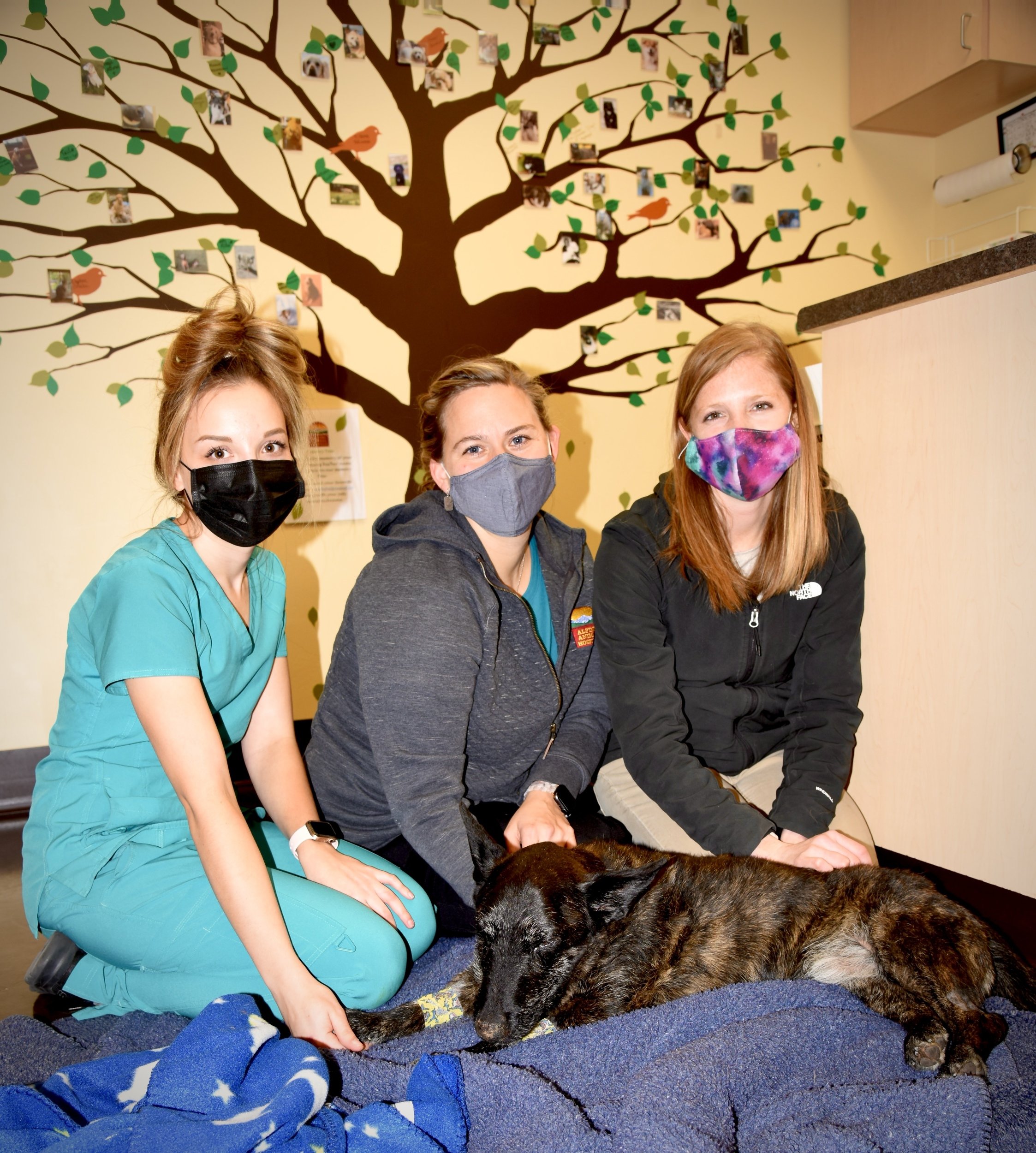 After a nearly three-week ordeal, Jack was found near the intersection of Highway 82 and 133, by a man named Jackson. According to him, ”Jack was stuck in a tough spot geographically, pinned in by the highway and with a steep cliff behind him.” Jackson, another rescuer by the name of Avalon, and a couple with their teenage daughter all assisted the dog,  before taking him to Alpine Animal Hospital for care.

Rogger believes that his dog used up the last of his energy in an effort to be found and probably would not have lasted another day out there. “I am eternally grateful for all the support we’ve had from the community. Everytime me and Pixie (Erikas’ dog) would hike up Mushroom rock, we would get involved with the other hikers to keep an eye out.”

While in the wilderness, Jack lost nearly half of his body weight, suffered extreme dehydration which caused severe kidney and liver damage, impacting his enzyme levels, as well as brain swelling. The brain swelling released mucous from the dogs’ orifices, causing a bloodied nose and mouth.

As a result of dehydration, Jacks’ eyes were bloodied shut. Jack is being treated with “medication that reduces the sodium levels that causes swelling in the brain.” While this process takes some time, Rogger was assured it is happening at a proper rate. The veterinarians at Alpine are taking it day by day, monitoring his health before determining when he may return home. He also has total confidence that his dog will make a full recovery. 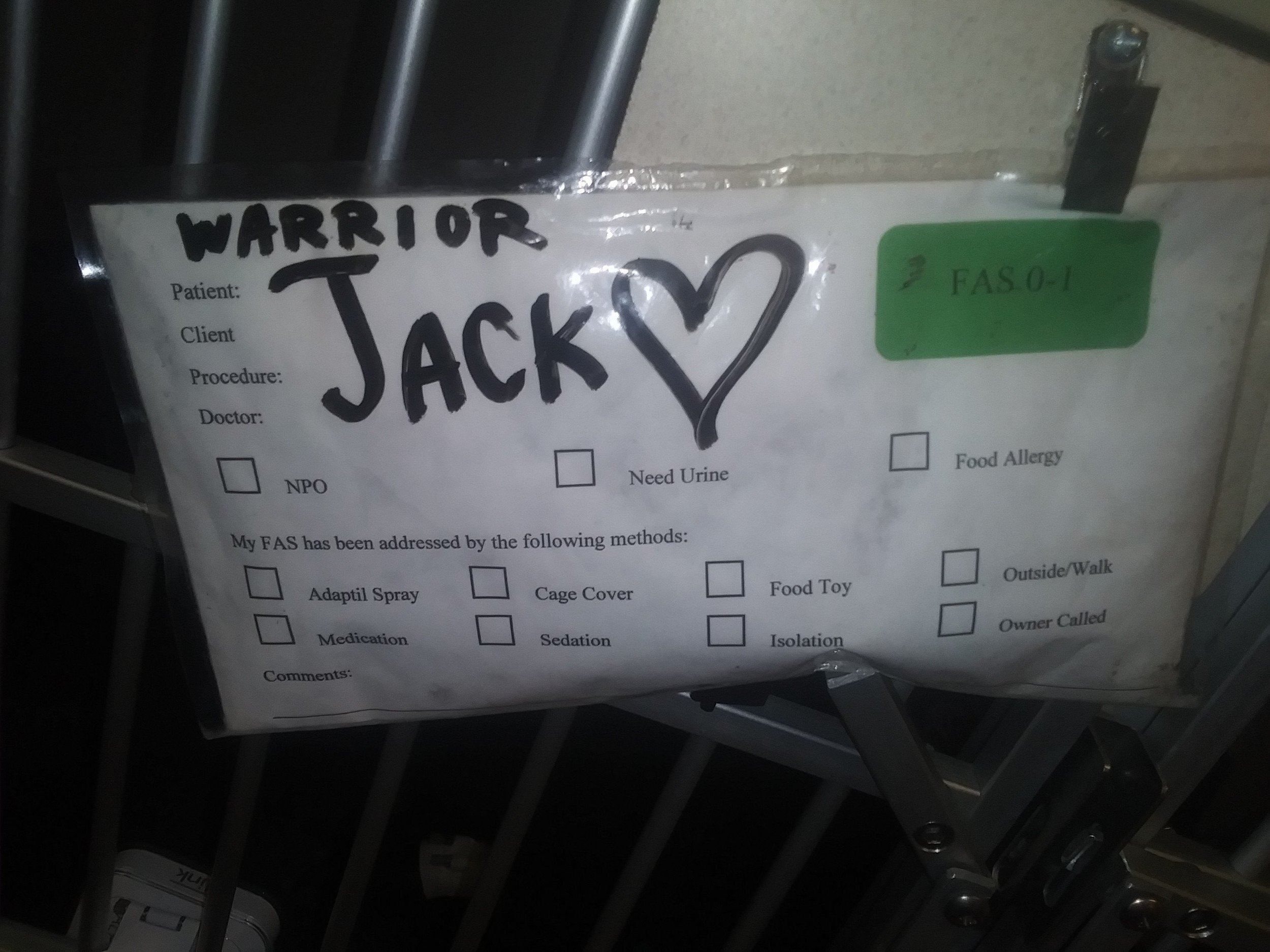 Recently, Rogger brought a dog bed from home, to assist in Jacks’ recovery.  At Alpine Animal Hospital, the staff have dubbed him “Warrior Jack,” due to his unrelenting will to live.

Jack the dog is 13 years old and hails from Carbondale, Illinois. He was picked straight from the litter at 8-9 weeks old by John Rogger. Rogger and Jack eventually moved to Carbondale, Colorado together in 2007, which he finds “serendipitous.”

The dog has been heralded as somewhat of a local celebrity in the Valley. According to John, “He has spent time working at Four Dogs Liquor store in Willits, has been an official mascot of the patio during the summer at Venga Venga, and been touching the hearts of many people in the area. “Jack has been a great best friend of mine for almost 14 years now”, says Rogger.

When Jack  isn’t working for treats and love, or earning accolades at the liquor store, he helps Rogger run their own locally made artistic dog leash company, Jack Straw Leashes.

Jack’s medical bills are quite substantial. If you would like to help, John Rogger has requested that you either purchase a handmade leash from Jack Straw Leashes or contribute to Jack’s recovery fund.